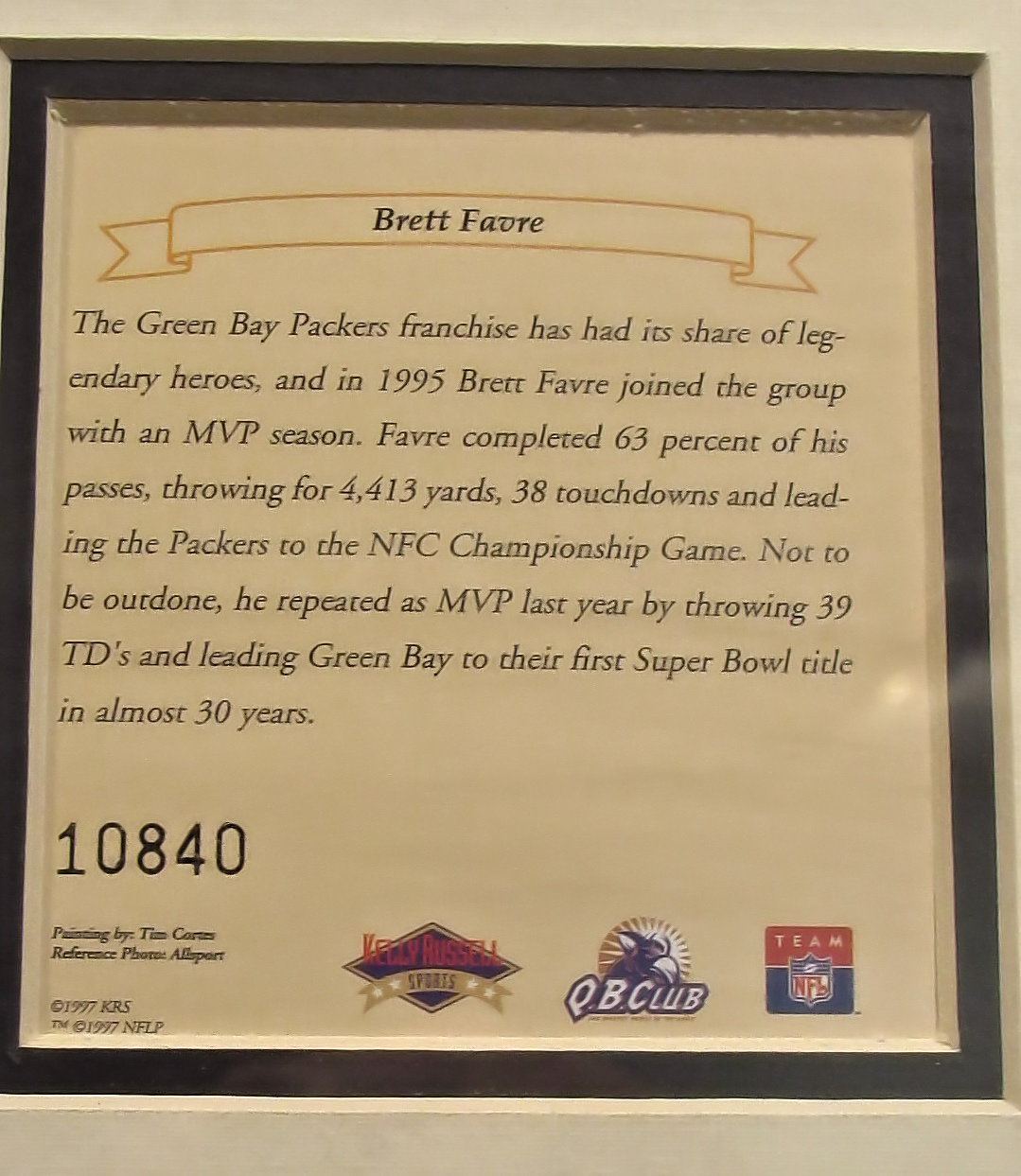 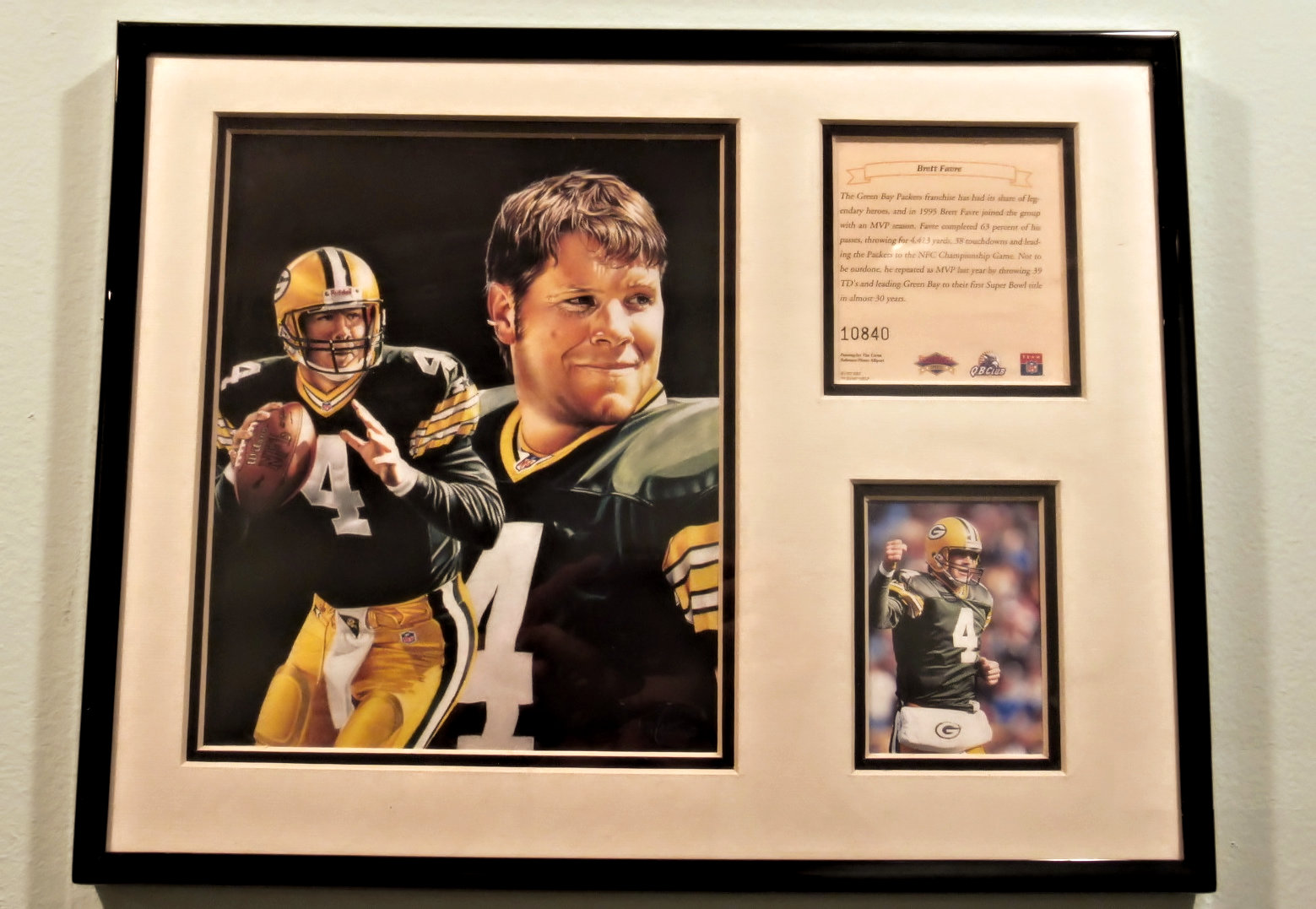 Original play card no 10840. Frame dimensions 14 "x11" The Green Bay Packers franchise has had its share of legendary heroes, and in 1995 Brett Favre joined the group with an MVP season. Favre completed 63 percent of his passes, throwing for 4,413 yards. 38 touchdowns and leading the Packers to the NFC Championship Game. The Green Bay Packers are a professional American football team that has played professionally in the National Football League (NFL) since 1921.The Packers are the only publicly owned franchise in the NFL